A group of 26 computer scientists and engineers wrote a letter to lawmakers in Washington in an attempt to warn them of the dangers of the cryptocurrency industry. They called on lawmakers to block efforts to create a “regulatory haven” for cryptocurrencies. The letter’s signatories want Washington leaders to focus instead on what they call “responsible fintech policy.” The letter calls the cryptocurrency “risky, flawed and unproven.”

In January 2022, US lawmakers proposed a new bill aimed at empowering Washington to quietly ban cryptocurrency transactions. The bill, the America COMPETES Act, contains “special measures” that would be disastrous not only for cryptocurrencies. That said, while some experts worry that this bill will also harm privacy and banking secrecy, a coalition of technologists is calling on the US government, including lawmakers, not to flinch to cryptocurrency industry lobbies and other technologies like blockchain.

In early June, a group of technology experts and well-known academics sent a letter to US lawmakers in the first organized attempt to counter-lobby the cryptocurrency industry in Washington. The letter is signed by 26 people, including some of the most vocal critics of the cryptocurrency industry, such as software developer Stephen Diehl, Harvard lecturer Bruce Schneier, former Microsoft engineer Miguel de Icaza and the Google Cloud Principal Engineer Kelsey Hightower. The letter is harshly critical of cryptocurrency investments and blockchain technology. 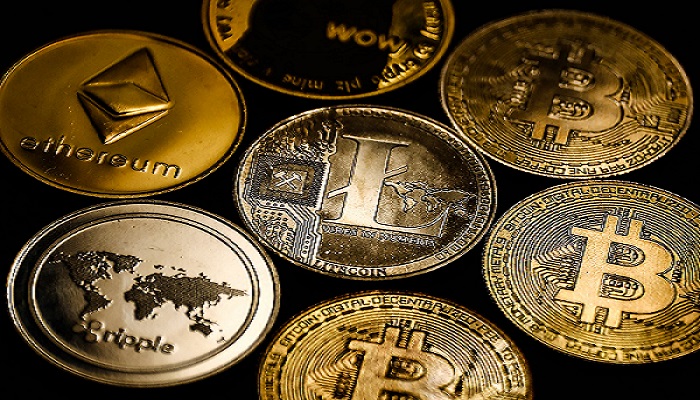 Addressed to both Majority and Minority Leaders of the Senate, as well as several other high-ranking members of the US Senate, the letter reads: We urge you to resist pressure from financiers, lobbyists and proponents of the digital asset industry to create a regulatory haven for these risky, flawed and unproven digital financial instruments, and instead adopt an approach that protects the public interest and ensures that technology is deployed in the genuine service of citizens’ needs ordinary. Schneier adds that everything said about the blockchain is wrong.

The claims of blockchain proponents are not true. It’s not secure, it’s not decentralized. Any system where you forget your password and lose your savings is not a secure system. We do counter-lobbying, that’s the purpose of this letter. The cryptocurrency industry has its people, they say what they want to politicians,” Schneier said. The group says blockchain has “little, if any, uses in the real economy” and that cryptocurrencies have many negative externalities, including threats to national security and risks to financial stability.

The letter also mentions the massive greenhouse gas emissions resulting from cryptocurrency mining. She calls on lawmakers to resist the lobbying efforts of cryptocurrency industry advocates who do not want the government to regulate cryptocurrencies. A recent analysis by Public Citizen, a consumer advocacy group, found that the number of lobbyists representing the cryptocurrency industry grew from 115 to 320 between 2018 and 2021, and their lobbying expenditures quadrupled from 2 $.2 million to $9 million over the same period.

According to The Block, industry stakeholders reportedly spent around $4.4 million on federal lobbying in the US in the first quarter of this year, with the largest US cryptocurrency exchange company Coinbase spending $760 million. 000 dollars in lobbying only on this period. Additionally, other reports indicate that major cryptocurrency exchanges such as FTX, Binance, and Crypto.com have also spent a lot of money on securing sponsorship deals with sports stars and entertainment venues to promote their products to the public.

Companies that are increasingly interested in the cryptocurrency industry, including Meta, Visa, and PayPal, are also reportedly lobbying for the industry. As a result, some fear that the sector is enjoying undue regulatory freedoms. Industry advocates say cryptocurrencies provide an answer to a range of macro-economic issues facing society. According to them, it is mainly about providing banking services to millions of people around the world who do not have access to traditional financial institutions.

Cryptocurrencies also aim to protect the privacy of financial data or give people affected by inflation the ability to store wealth. However, the signatories of the letter go further by stating that “cryptocurrencies and blockchain technology serve no purpose, except to defraud unsophisticated investors”. Cryptocurrencies have served as a springboard for unreliable and highly volatile speculative investment schemes, which are actively promoted to retail investors who may not be able to understand the nature and nature of them. the risks, the letter states.

The letter follows US President Joe Biden’s signing of a Digital Assets Executive Order in March 2022, which sets out a series of objectives ranging from protecting consumers to combatting illicit finance linked to cryptocurrencies. It also comes at a time of mounting concerns following the collapse of stablecoin TerraUSD, in which investors lost hundreds of millions of dollars. While the concerns expressed in the letter are not new, they mark the first focused and more organized effort to counter the cryptocurrency industry.

What do you think of the Washington address letter from the technologists?

Do you think this letter will push Washington to adopt drastic measures vis–vis cryptocurrencies?

New bill would allow US government to quietly ban cryptocurrency transactions, something users are concerned about

In 2022, 62.9% of attacked organizations say they actively pay ransom, even though the data suggests otherwise, according to CyberEdge

Deepfake and crypto scams increased in the first quarter of 2022, they are used to spread misinformation and access financial or personal information